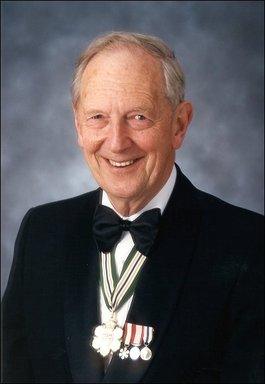 It is with great sadness that we mark the passing of Dr. Ian on Sunday, 18 April 2010.  He was a wonderful man, with a sharp wit and a keen eye.  To share an afternoon of conversation with Dr. Ian was to share in an encyclopedic knowledge of British Columbia's biological diversity.  He could still recall, 75 years after counting them himself, the number of caribou in a herd east of McBride, or where coyote habitat ran out west of Whistler.  He would still remind you that a Dark-eyed Junco at your office bird feeder was a gift indeed.  By losing Dr. Ian, British Columbia, and Canada, is a poorer place.  He will be missed.

Ian McTaggart-Cowan was one of the foremost Canadian wildlife biologists of the last 100 years.  Born in Scotland in 1910, he emigrated to Canada with his family when he was 3.  Early in his life he became interested in natural history, particularly of birds and small mammals.  He completed an undergraduate degree at UBC, followed by a PhD at the University of California, Berkeley.  After his graduate work, he returned to UBC where he became a professor, and later the head, of the Department of Zoology.  Dr. McTaggart-Cowan supervised more than 100 graduate students over his career, including well-known scientists such as Ian Stirling, Valerius Geist, Buzz Holling, and Charley Krebs.  In the 1960s he spent a good deal of time promoting wildlife and conservation in Canada, through such well-known television programs as 'Fur & Feathers', 'The Living Sea', and the 'Web of Life', paving the way for contemporary television science programs like David Suzuki's 'The Nature of Things'.  His long list of service included working as a founding member of the National Research Council of Canada, as chair of the public advisory committee of the B.C. Habitat Conservation Trust Fund, as a key part of the 'Birds of British Columbia' 4-volume set, and as chancellor of the University of Victoria.  He was a recipient of the Order of British Columbia and the Order of Canada.  Up until his death at 99, he maintained a fantastic garden at his home in Victoria, where he also served a mean cup of tea. 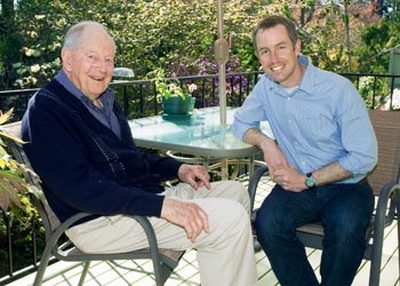